The History of Nurses & Addiction

Nurses often exude professionalism, appearing calm and courteous in hospital settings. However, these workers, like the rest of society, face personal challenges that cause many of them to turn to drugs or alcohol.

Substance abuse is an epidemic that has swept healthcare professions. The American Nurses Association estimates one in 10 nurses today abuse drugs or alcohol.

Nurses with substance use disorders have impaired judgment and slower reaction times, which compromise their work performance. They may harm themselves, patients and the nursing profession as a whole.

Addiction is a brain disease that alters the way individuals think. Registered nurses (RNs) with substance use disorders may not think they have a problem. Many believe they are in control until they hit rock bottom, overdose or die.

Why Do Nurses Abuse Drugs or Alcohol?

Co-occurring disorders, such as depression and PTSD, and genetics contribute to substance abuse. But there are many other reasons why nurses turn to drugs or alcohol.

A 2015 survey of registered nurses in 12 European countries that was published in BMJ Open found that nurses who work 12-hour shifts are more likely to burn out than nurses who work shorter hours. Physical or emotional exhaustion related to fatigue can lead to medical errors, decreased quality of care and poor overall health.

As a result, many nurses self-medicate with painkillers to relieve a headache or reduce insomnia, which can lead to substance abuse.

RNs provide physical and emotional support to patients and families, often with little or no help.

Nurses experience a range of emotions on the job. They often grapple with guilt, despair and anxiety. The demands of this high-stress environment can be taxing.

A Nursing Times survey found that 63 percent of participating nurses experienced physical or mental side effects of job-related stress. Many respondents said they often work more than 10 hours of overtime each week.

Stress can cause insomnia, nervousness or depression. This can lead to substance abuse.

Patricia Holloran, author of “Impaired: A Nurse’s Story of Addiction and Recovery,” says the demands of the profession steer nurses toward drugs and alcohol.

“Nurses go from one emotionally and physically demanding situation to another with little time to decompress,” Patricia Holloran told Modern Medicine Network.

Post-traumatic stress disorder, a mental health condition that occurs after an individual experiences a traumatic event, is also common in the profession.

A 2009 survey published in Depression and Anxiety found that 22 percent of participating nurses displayed symptoms of PTSD and 18 percent of participants met the diagnostic criteria for the disorder. Nearly everyone who met the criteria also tested positive for burnout syndrome (BOS).

Nurses with PTSD and BOS are more likely to report that work-related issues interfered with their ability to:

The study also indicated that nurses with PTSD are at an increased risk for substance abuse.

Hospitals are filled with myriad prescription painkillers, which can be problematic for nurses with addictions. These medicines may induce strong cravings and heightened temptations to steal drugs.

A study published in Nursing Research linked workplace access with substance use. RNs were more likely to use drugs when their access to these substances increased. Job stress and genetics were also contributing factors.

A nurse anesthetist in 2004 spoke at a peer assistance workshop about her past addiction to fentanyl. After treatment, she returned to work where she handled fentanyl vials for patients. This renewed her anticipation and cravings for the drug.

These triggers can lead to relapse. 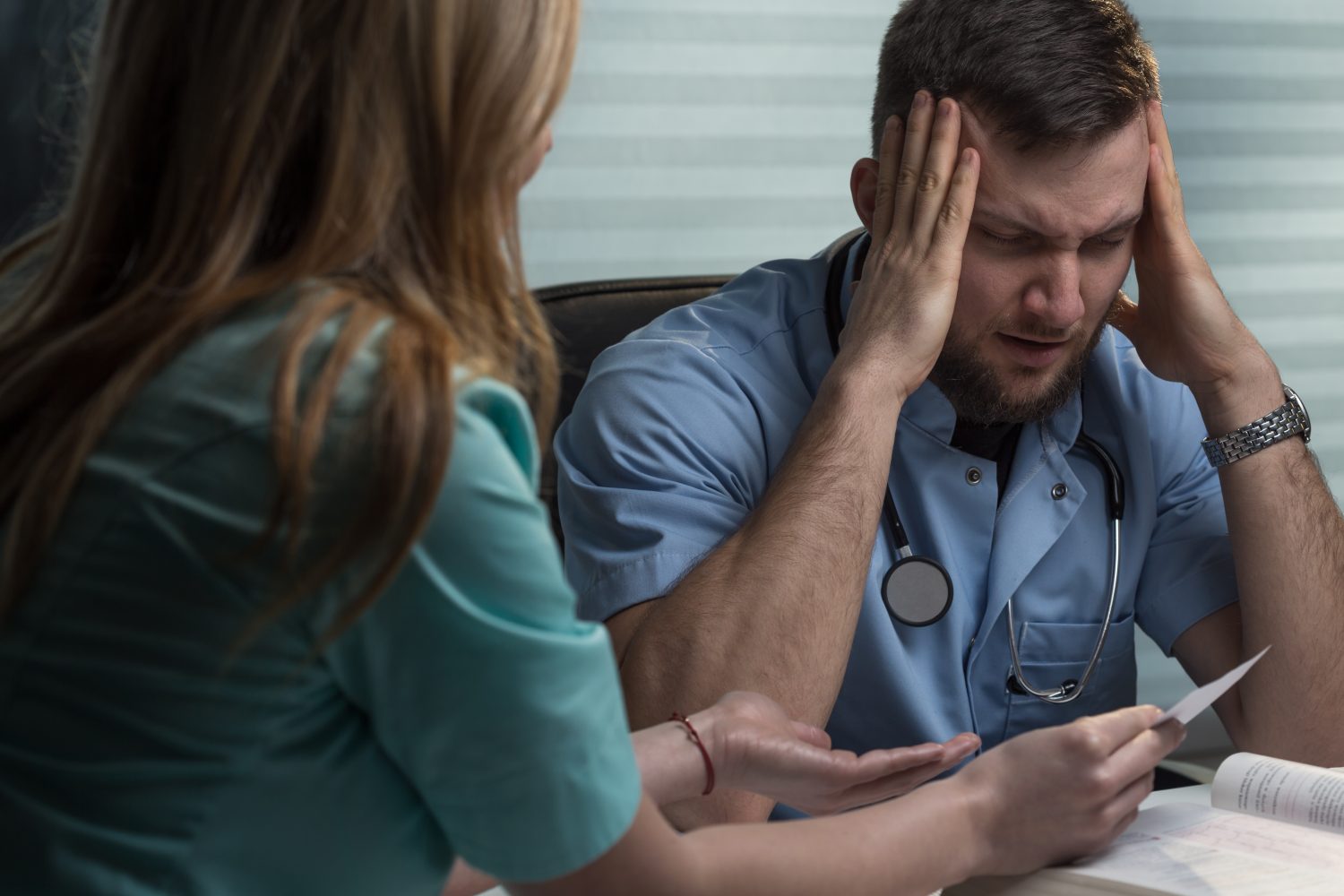 Young nurse and doctor are arguing

History of nurses and addiction

Although substance abuse among nurses is level with that of the general population, it is still an issue that has existed for decades.

When fentanyl became available for clinical practice in the 1970s, hospital workers abused the drug. Nurses would draw the opioid from vials and replace it with saline. This led to overdoses and addictions within the profession.

For years, many nurses were disciplined by their state boards for drug and alcohol abuse. While researchers identified substance use disorders as treatable diseases, it was not a widely accepted theory. This led to an influx of firings rather than appropriate treatment.

Many hospitals did not offer addiction services until the 1980s, when state legislatures approved treatment options for healthcare professionals. Since then, organizations, such as the American Nurses Association (ANA), have provided information and education related to substance abuse.

Nurses with substance use disorders turn to a variety of drugs to cope with the job and feed their addictions. The most common substances they abuse are prescription painkillers, such as fentanyl or hydrocodone, and alcohol.

Nearly 7 percent of nurses use prescription drugs for nonmedical purposes, a rate higher than the national average.

Of all nursing professions, nurse anesthetists use these drugs at the highest rates. A survey of 2,700 certified registered nurse anesthetists who had been in practice between 10 and 20 years revealed nearly 9 percent misused opioids in 2006, per the American Association of Nurse Anesthetists. More than 4 percent of this group misused midazolam, a sedative. Less than 1 percent took barbiturates.

People in nursing and other helping professions show higher rates of alcohol addiction than in other lines of work. About 83 percent of health care professionals consumed alcohol on at least one occasion in the last year, according to the National Student Nurses Association (NSNA). That is on par with the national average. Sixteen percent engaged in binge drinking.

A person’s genetics can contribute to alcoholism. About 80 percent of nurses with an alcohol use disorder have an alcoholic family member, according to a 2005 study published in AORN Journal. They are also more likely to interact with other people who misuse alcohol.

This group often exhibits enabling behavior. They may ignore or cover up signs of alcoholism in themselves or others. They view drinking in excess as normal behavior based on their family history.

Others Drugs of Abuse

While most nurses with a substance use disorder depend on alcohol or prescription drugs, history shows they turn to other drugs as well.

They use illicit drugs, such as marijuana, cocaine and heroin, at a lower rate than the general population. About 4 percent of nurses use cannabis, per the NSNA.

Signs of substance abuse among nurses

Identifying a colleague’s substance abuse can be difficult. Some nurses successfully hide their addictions. They appear in good spirits and, in some cases, remain calm and professional.

Many nurses do not admit their substance use disorders and fail to self-report. They may fear disciplinary action and lingering career repercussions.

Loyalty is also a factor. Many nurses form strong friendships with one another, making it easier to ignore substance abuse among colleagues. Some RNs choose not to report drug abuse for fear of their colleagues being reprimanded.

As a result, they ignore the issue — even when a patient’s health is compromised.

Nurses with substance use disorders can be a financial burden on some organizations. They may use their health benefits more often, fail to show up for work or perform poorly. They are also prone to making medical errors.

A majority of state boards of nursing offer nondisciplinary programs for those struggling with addiction. Many hospitals ignore substance abuse for numerous reasons. However, these programs, along with treatment, have proved to be effective in reducing substance abuse.

Because many nurses fail to report substance use disorders, an atmosphere of silence is created.

Some hospitals deny the existence of substance abuse among their workers. Administrators may address the issue behind closed doors and fail to report the situation. Nurses in these situations often move on to new jobs without treating their disorders.

This extends the nurse’s addiction problems and worsens their symptoms.

The trend is beginning to change, thanks in part to the existence of employee assistance programs, employer-sponsored benefit programs intended to assist employees in resolving personal problems. EAPs offer confidential assessments, counseling and referral services.

Many state boards offer alternatives to discipline programs for RNs who demonstrate signs of impairment.

More states are recognizing the issue. In 2014, New Hampshire passed a law that requires hospitals to establish procedures for prevention, detection and resolution of substance abuse in the workplace.

“Nurses go from one emotionally and physically demanding situation to another with little time to decompress.”

Treatment has proved effective in helping individuals overcome substance abuse. In Indiana, nurses who successfully complete rehab can have criminal charges dropped from their records. Their licenses also remain valid, allowing them to return to work.

“There’s not many professions or jobs where you can own up to the addiction issue, go right into the treatment that’s going to get you better, get you healthy — but, you can keep your license and you can keep on practicing,” Columbus Police Department Sergeant Jay Frederick told Indiana Public Media.

Get To Know Our Guest Author 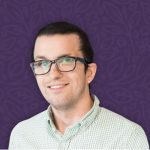 Matt Gonzales is a writer and researcher for DrugRehab.com. He graduated with a degree in journalism from East Carolina University and began his professional writing career in 2011. Matt covers the latest drug trends and shares inspirational stories of people who have overcome addiction. Certified by the Centers for Disease Control and Prevention in health literacy, Matt leverages his experience in addiction research to provide hope to those struggling with substance use disorders.

Also, to find Mental Health and Self-Care resources, go to our directory by clicking here!

Are you sure you want to delete your Profile?

This will remove all of your posts, saved information and delete your account.

The delete cannot be undone.